In this series of contributor articles, Savino Sguera of Digamma Consulting explores the reasons that laboratories may report different cannabinoid and terpene profiles for similar samples. There are many steps in sample testing and collection that can go wrong or can be intentionally manipulated, and Savino is here to guide us through the process.

Savino Sguera of Digamma consulting continues his analysis on the reasons why cannabinoid and contaminant reporting can vary heavily in the cannabis industry. Click here to see part one!

Linear Dynamic Range (LDR) is a term used in analytical chemistry to describe the region of the calibration curve that is reproducible and therefore usable for reporting scientific values. As indicated in the previous article, an analytical chemical instrument reads values against a calibration curve or slope that relates known concentrations of the chemical to the instrument’s detector response. As the name implies, calibration curves are not always linear. At very high concentrations, the detector may become saturated and give a smaller response. At very low concentrations, interference from other sources becomes larger than the chemical being detected, and so higher responses may be seen than would be caused by the chemical in question alone. Linear Dynamic Range refers to the region of the curve where the curve is straight, or linear, and behaves predictably and reproducibly. Anything outside of this range should not be used for analysis, as it can have unreliable and unpredictable results. 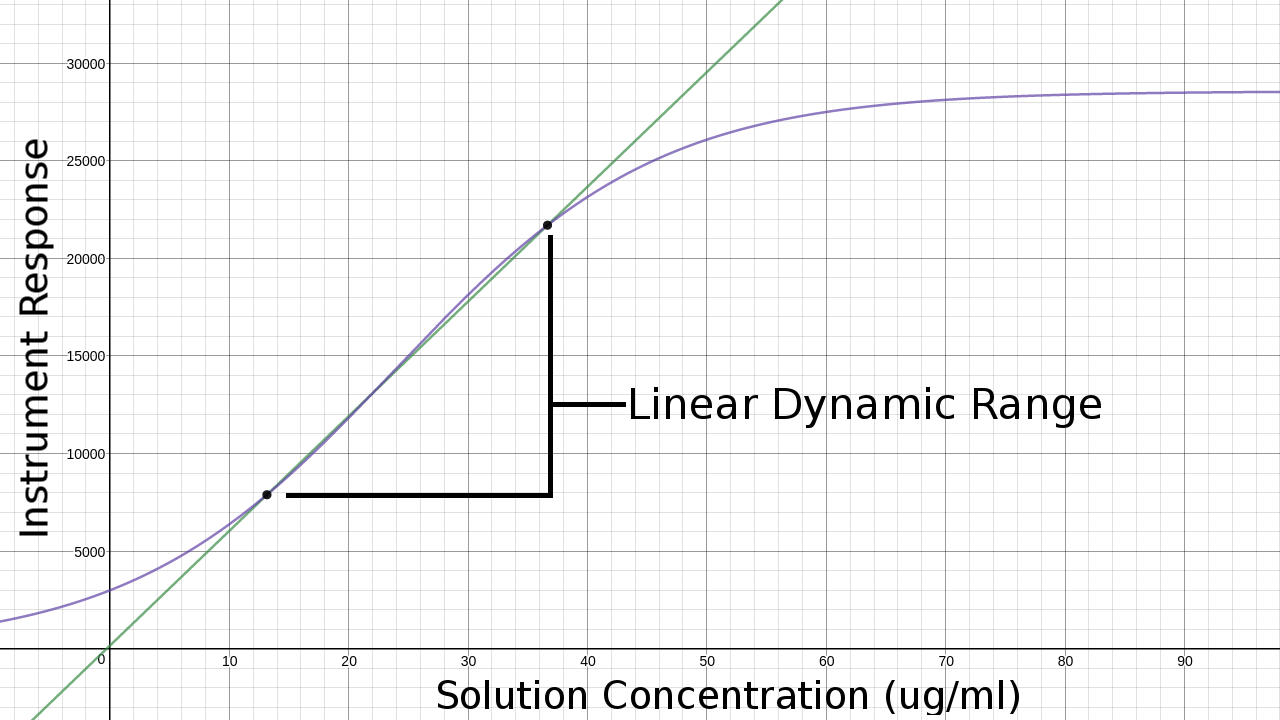 Figure 3 is designed to illustrate a simple concept that is universal in analytical chemistry: Never use values from outside the Linear Dynamic Range. On the X axis we see the solution concentration, and on the Y axis we see the instrument’s output response. The purple line shows the relationship between instrument response and concentration. Due to noise saturation as the low end, the curve never reaches zero but rather trails off as interfering ions trigger the instrument’s response. On the far right side of the graph, we see that the purple line starts to tail off again as the instrument’s detector becomes oversaturated by the chemicals being detected. The green line represents the calibration curve generated from standards. Although the green line is a very accurate approximation within the Linear Dynamic Range, outside of this range the calibration curve is highly inaccurate.

Some labs use an extrapolated calibration curve. An extrapolated calibration curve attempts to use advanced mathematics to correlate instrument response to concentration outside the Linear Dynamic Range. Although this is potentially useful in academic research papers in certain limited cases, most commercial analytical labs and laboratory certification bodies, such as the ISO, frown upon this practice. Additionally, no reputable analytical laboratory working in the environmental, pharmaceutical, or medical industry uses this technique to report results.

Figure 4 below illustrates a schematic of how to properly quantify any unknown sample without using extrapolated calibration curves or any other technique that requires using data from outside the Linear Dynamic Range. 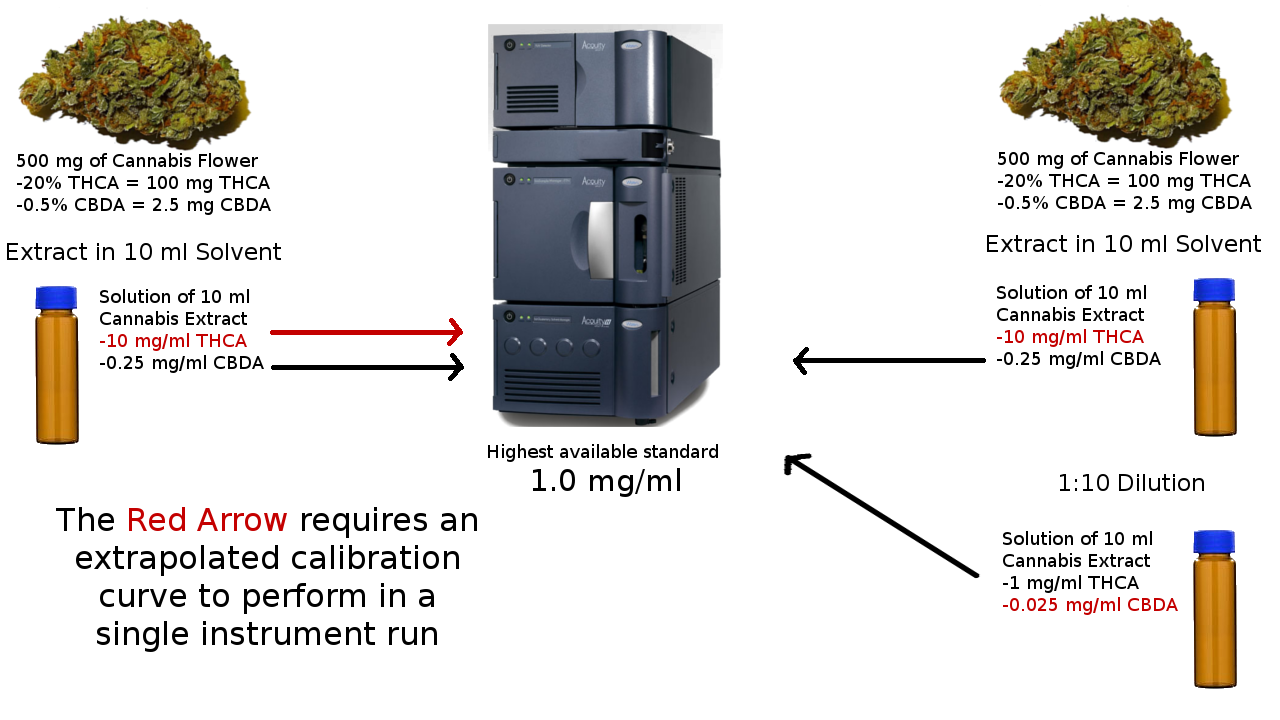 Figure 4: A chemistry work-flow illustrating how dilutions can be used to keep instrument responses within the instrument’s dynamic range. In this figure, the max dilution within the LDR for the machine is 1.0 mg/ml. Oversaturated solutions can be diluted to produce values within the acceptable LDR, with values multiplied back to meet proper values.