In this series of contributor articles, Savino Sguera of Digamma Consulting explores the reasons that laboratories may report different cannabinoid and terpene profiles for similar samples. There are many steps in sample testing and collection that can go wrong or can be intentionally manipulated, and Savino is here to guide us through the process.

Savino Sguera of Digamma consulting continues his analysis on the reasons why cannabinoid and contaminant reporting can vary heavily in the cannabis industry. Click here to see part one!

If calibration is performed properly, a laboratory’s reporting of an unknown sample will be very accurate. But if the calibration is slightly off, the potential to report incorrect values for unknown solutions becomes very high. 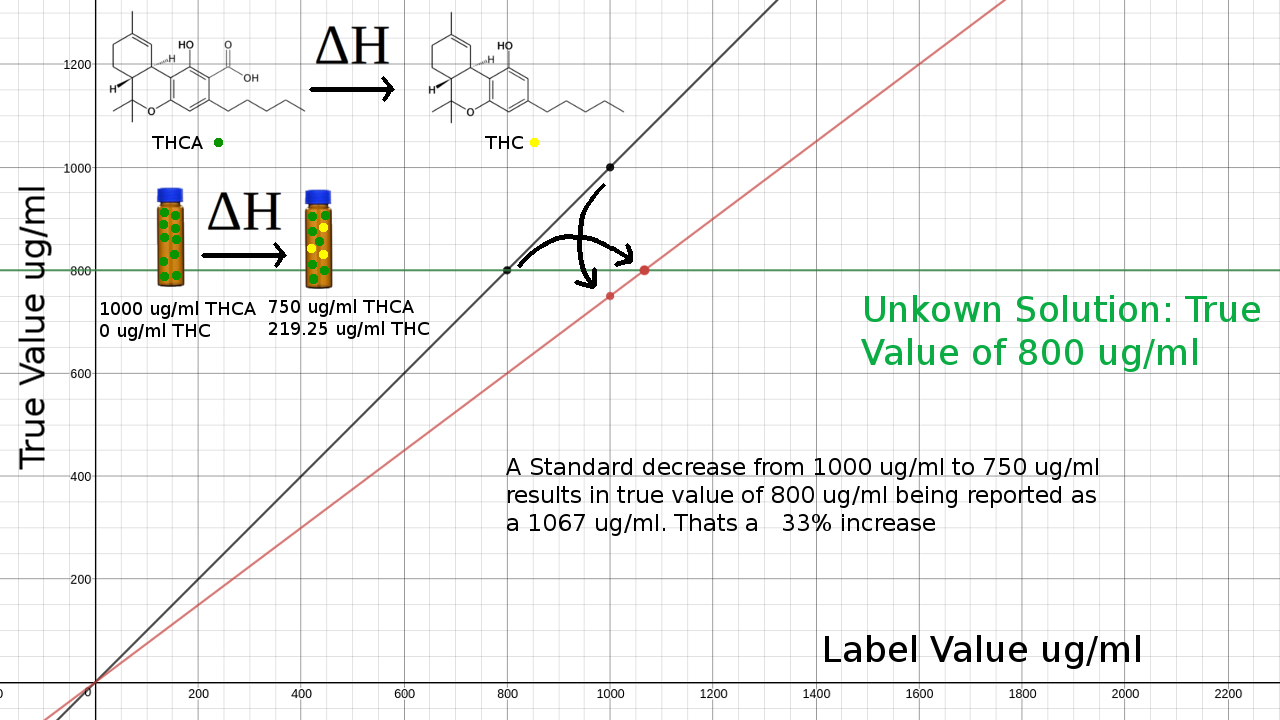 Standards can be lower than their label value for a variety of reasons, but the source of problem can be determined. A retailer of reference standards typically has certificates of precision for their products, and they can trace the sample back to the manufacturer with ease by lot and batch number. Most discrepancies between the true value and label value of a standard occur after the standard has been shipped from the manufacturer to the client laboratory. It is up to the laboratory to ensure that the standard is correct and consistent with previous standards in addition to being consistent with the same standard from a second manufacturer.

The most common reason that a standard would be at a lower concentration than the label value is due to degradation. THCA degrades above room temperature to THC easily. Labs can prevent this degradation by ensuring that standards are delivered to laboratories on on dry ice to prevent heat based degradation, and stored in a -20 C freezer.

Editor’s Note: Standards may eventually degrade even when used under appropriate conditions! Make sure that the standard is replaced and tested against on a regular basis.

Other sources of standard manipulation may be intentional. By adding excess solvent, even a drop, to a certified reference standard, a dishonest person can lower the concentration of chemicals in the standard through dilution. This increases the reported results and is very difficult to detect. Some labs may attempt to manipulate their standards and then attempt to use standard manufacturers’ certificates of precision as a legal defense. Though this manipulation can be very difficult to detect, a skilled administrator can discern when manipulation is present by cross-checking the manufacturer’s certificates against the laboratories result and as well by cross-checking the results of one lab with those of others for the same sample.