Variations in Cannabinoid Reporting: Part One

In this contributor article, Savino Sguera of Digamma Consulting explores the reasons that laboratories may report different cannabinoid and terpene profiles for similar samples. There are many steps in sample testing and collection that can go wrong or can be intentionally manipulated, and Savino is here to guide us through the process.

In all laboratory analyses, a degree of variation will always exist between the results of any two identical samples. For example, two environmental laboratories that are looking for the toxic metal lead may find slightly different amounts of lead in the same sample. In the environmental testing industry, this variation is kept at a negligibly small value via strict quality control measures which makes slight differences a non-issue.

In the cannabis industry, which is an industry with highly variable regulation, differences of over 30% are detected routinely. While plant products always contain some natural variation (typically less than 15%), much of this variation is due either to negligence or intentional manipulation. In this article, we will examine some of the different sources of variation in THCA/THC reporting. We use THCA/THC reporting as an example, although the same principles hold for any potency or contamination analysis.

As cannabis becomes a mainstream medical option and more patients come to rely upon it, there will be a need to increase the precision and accuracy of cannabis laboratories. This will most likely be done by an increase in laboratory standards, training and qualification, certification, and proper laboratory audits.

One of the most important causes of the wide variation in cannabinoid reporting is inflation. Reporting inflation is a process by which laboratories manipulate or modify the process of their analysis or reporting to increase the final reported value. This often comes at the expense of accuracy, and is motivated by a desire to gain an edge over competition. Laboratories are also pressured to inflate potency numbers by their clients, who are in turn pressured by market forces and unscrupulous distributors. These clients use high THC numbers as a sales tactic to sell products and increase prices. The patients and customers who spend money on mislabeled products are ultimately the ones who suffer from this bad practice.

But how can we confidently say that inflation is occurring? How do we know that variations in lab results are not the product of incompetence? The answer lies in the variation data. Close examination can tell whether the variation appears random or manipulated.

As an example, we used some reported THCA values from medical flowers sold in the state of Nevada in 2016. At the time there was concern among the public that numbers were being manipulated, as products were being sold with labels claiming over 35% THCA in some cases, which had never been seen before anywhere and also doesn’t make biological sense. Plants don’t produce such a disproportionate amount of one chemical.

As a result of this information, an inquiry was called for and the state set up a round-robin program to assess the performance of different laboratories by distributing the same homogenized sample to all parties and assessing the variation. THC results in Nevada have since stabilized at believable values. 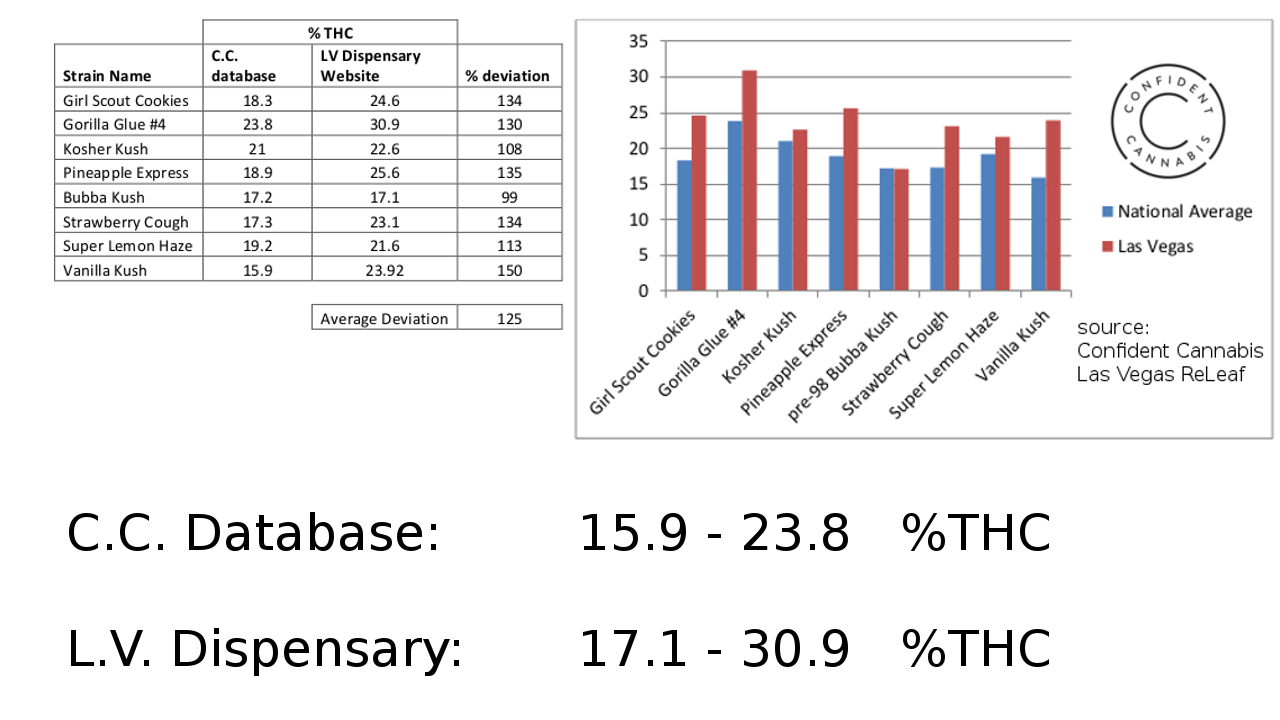 Figure 1: Reported lab results for strains in Las Vegas versus the national average as derived from Confident Cannabis databases.

If incompetence could explain the variation seen in Figure 1, we would see random variation in either direction, both positive and negative. What we see instead is a manipulated appearance, with Las Vegas numbers almost exclusively appearing above the national average. The only exception is the pre-98 Bubba Kush, which is 0.1% lower than the national average.

The average deviation is +25%, meaning the results from Las Vegas are on average 25% higher than those in other states for a given strain. Some are even reported as high as 50% over the national average. If the data were not manipulated, we would expect to see some samples at -25% and -50%, which is not observed. The only other possibility would be if every grower in Nevada had some secret method that dramatically increases cannabinoid yields on their plants. As far as I’m aware, no such method has been discovered.