The Value of Medical Cannabis in Treating Veterans with PTSD

In this contributor article, Amy Zukeran of Amy’s Cannabis Garden explores the value of cannabis when treating PTSD in combat veterans. This article has been reposted and edited with permission from Amy Zukeran. The original article can be found here.

Editor’s Note: The following contains excerpts from an Afghanistan war veteran. If you or someone you know is prone to symptoms of PTSD, be warned that there are vivid descriptions about combat ahead. Thank you.

Editor’s Note: The following contains excerpts from an Afghanistan war veteran. If you or someone you know is prone to symptoms of PTSD, be warned that there are vivid descriptions about combat ahead. Thank you.

“My unit was deployed to Afghanistan for about 14 months. We saw and heard a lot of combat…”

“[On one mission] our convoy was traveling to our next location for patrol, when an RPG (rocket-propelled grenade) hit one Humvee and an IED (improvised explosive device) went off on another… [there was] chaos everywhere. It felt like we were surrounded by insurgents wherever we looked. Bullets [were] zipping past our heads.”

“As a medic, I searched for the easy-to-care first, patched up two and [got them] into the fight again; then I had to tend the critical cases. When I dragged one behind cover, I took a hit to the knee. [A] quick shot of morphine to the thigh and tourniquet just above the wound, [got me] back in action, doing anything and everything I could to bring my team home… [working to see] who I could save.”

Because my source wishes to remain anonymous, we shall call him “Specialist Spock.” He was an E-4 specialist combat medic with the U.S. Army 68W Combat Medic Specialist 3-73rd CAV/82nd Airborne Support Fort Bragg, NC from 2007 through 2011. Spock was an ass-kicking medic with the Army. He now suffers from Post-Traumatic Stress Disorder, abbreviated as PTSD. 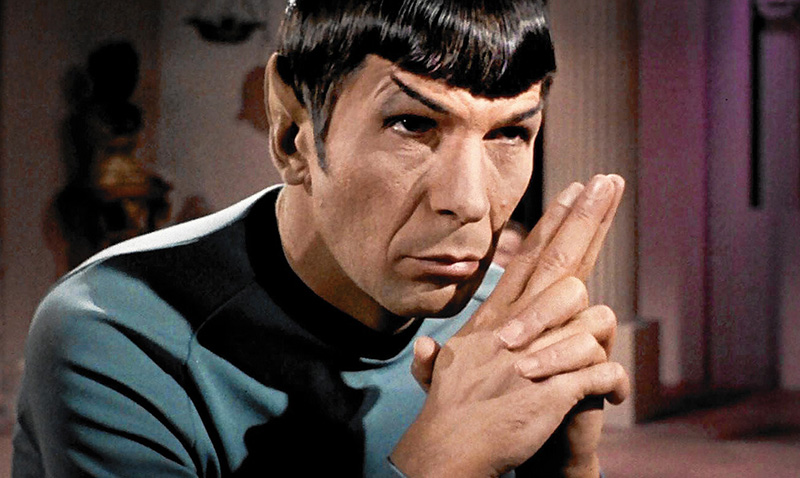 Specialist Spock. At least in my mind.

Trauma is defined as a shocking and dangerous event that happens to you or that you observe. I this scenario, you feel as if your life or the lives of others are in danger. An estimated 60 to 80 percent of those who have experienced traumatic events will develop PTSD. PTSD is often a crippling mental illness that remains embedded in the patient’s memory. There are many negative side effects, including:

Editor’s Note: To read a full list of symptoms and conditions, you can look at the DSM-V psychological manual. A short list can be found on the VA’s website here.

Persistence of PTSD is attributed to brain chemistry changes which occur during traumatic events. Stress hormones and adrenaline reach their highest levels, and some call this a state of “hyper responsiveness.”

“At first I thought nothing of the nightmares and ignored the insomnia and pain [I] still experience…. I tried counseling upon return,” Spock remembered. “It worked for a little while. Then I resorted to drinking and morphine to numb myself….”

How Cannabis Can Help

“After a real bad OD, I started self-medicating with marijuana,” Spock noted. “It got me off the anti-depressants, booze, and morphine.”

This may be evidence of the efficacy of the body’s own cannabinoid receptor system. Ontario-based researchers have made interesting discoveries with regards to PTSD. Their research revealed that CBD, or cannabidiol, disrupts negative memories. The introduction of phytocannabinoids such as CBD from cannabis can help restore our endocannabinoid system.

But Brazilian researchers have shown that tetrahydrocannabinol, or THC, may be more potent than CBD at disrupting dream memories. The theory is that both THC and CBD may help erase associations to painful memories. Side effects may include an increase in appetite, cotton mouth, and red eyes in exchange for alleviation from PTSD’s symptoms. I think most can live with those side effects.

“Medicating with marijuana has been extremely helpful,” Spc. Spock said. “On days when my PTSD is bad, I can feel my heart pounding in my head and through my chest. I’ll smoke a little [cannabis] and I can immediately feel the fear dissipating, my chest doesn’t hurt as much as it did before.

“While recapping events [for this article], I’ve had to take a break and smoke just to be able to finish this,” Spock revealed. 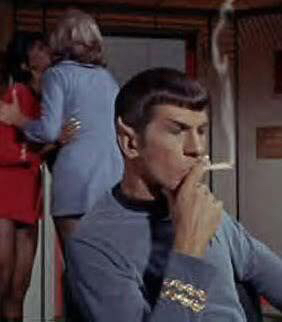 The strange things you can find on the internet...

The state of Florida has passed a medical cannabis law in 2016 and though PTSD is not specifically enumerated as a disease that cannabis may help, there is still a possibility that Florida physicians may write recommendations for medicinal cannabis. The law allows physicians to use their discretion when recommending medical cannabis. Florida PTSD organizations are pushing for medical cannabis’ inclusion onto the list of recommended uses as a multi-symptom reliever.

Want to get in touch with Amy Zukeran? They can be reached via the following methods:

Here are a few additional resources we at GN hope can help our servicemen & women and their families transition from military service to civilian life: Amy was born and raised in the Puna Bud Capital of the World -- Hawai'i. She is genetically programmed to write and also explore medical cannabis so visit her blog. Mahalo Nui Loa!