Smoking vs Eating Cannabis: The Effects on Patient Health Pt. 1

In this contributor article, Marco Troiani of Digamma Consulting discusses the medical and scientific differences between smoking and eating cannabis. The pharmacology of ingestion matters a great deal when it comes to cannabis.

Cannabis consumption is quintessentially perceived by the public in the form of a “joint”, a cannabis-flower cigarette. People more familiar with cannabis are also aware of dry pipes, water pipes, vaporizers, dabbing rigs, and more. These methods are all variations on administration via inhalation, because they all introduce cannabinoids into the lungs.

Another common route of cannabis administration is oral ingestion, whereupon the consumer ingests edible products that have been infused with cannabis or one of its extracts. Although edibles come in a wide variety of forms, they all introduce cannabinoids into the gastrointestinal (GI) tract via the stomach.

Other, less common routes of administration include:

Inhalation and oral ingestion represent a large majority of traditional medical cannabis consumption, therefore comparing their effects on patient health will be the focus of these articles.

When comparing the effects of inhaled and ingested cannabinoids, it is important to also examine the differences between the stomach and the lungs. 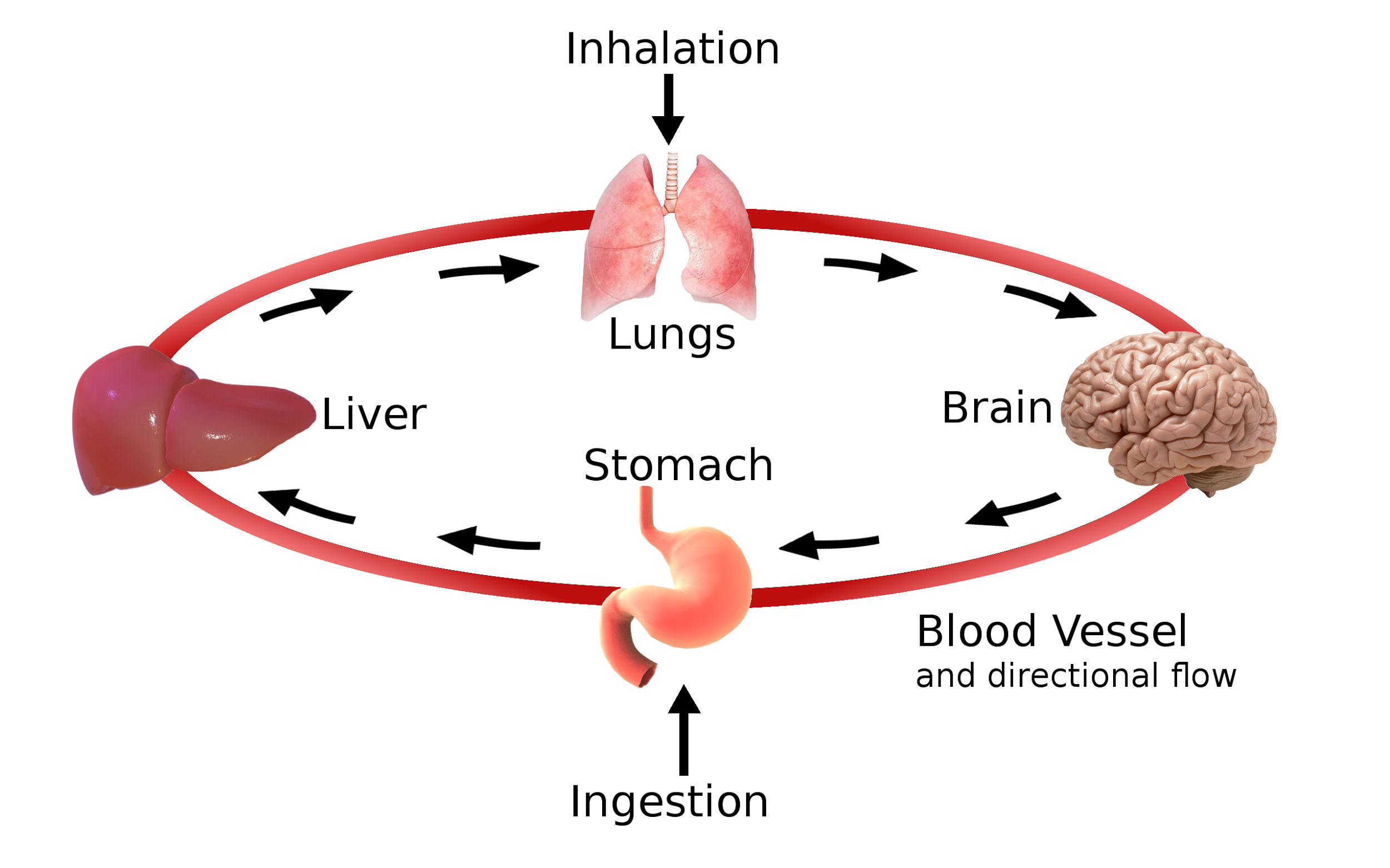 How cannabinoids travel through the body depending on method of ingestion.

The lungs contain a large amount of blood vessels that quickly absorb cannabinoids. Blood from the lungs is pumped directly into the heart and is subsequently pumped into the brain, where many endocannabinoid receptors are present. 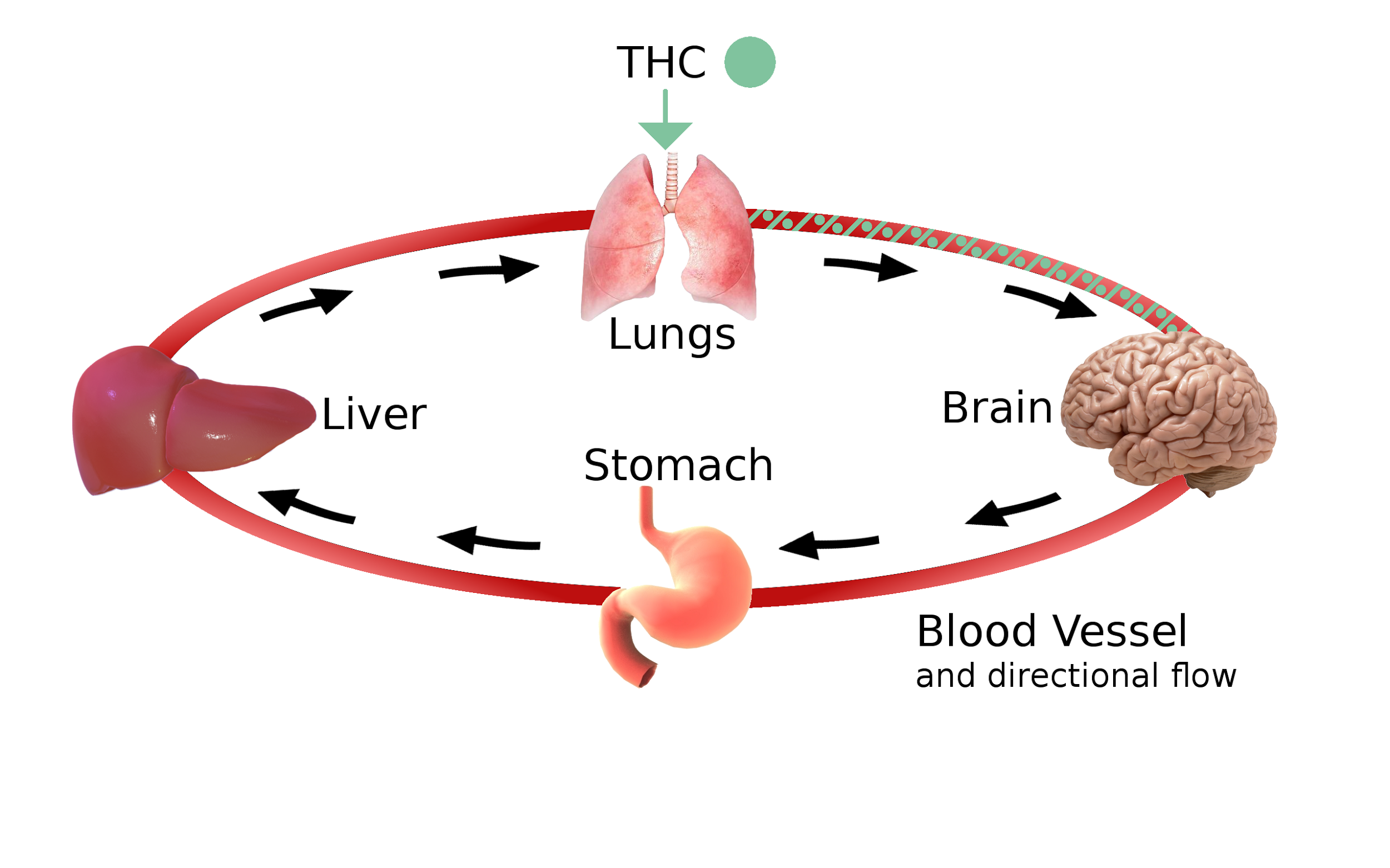 Absorption of THC via inhalation. 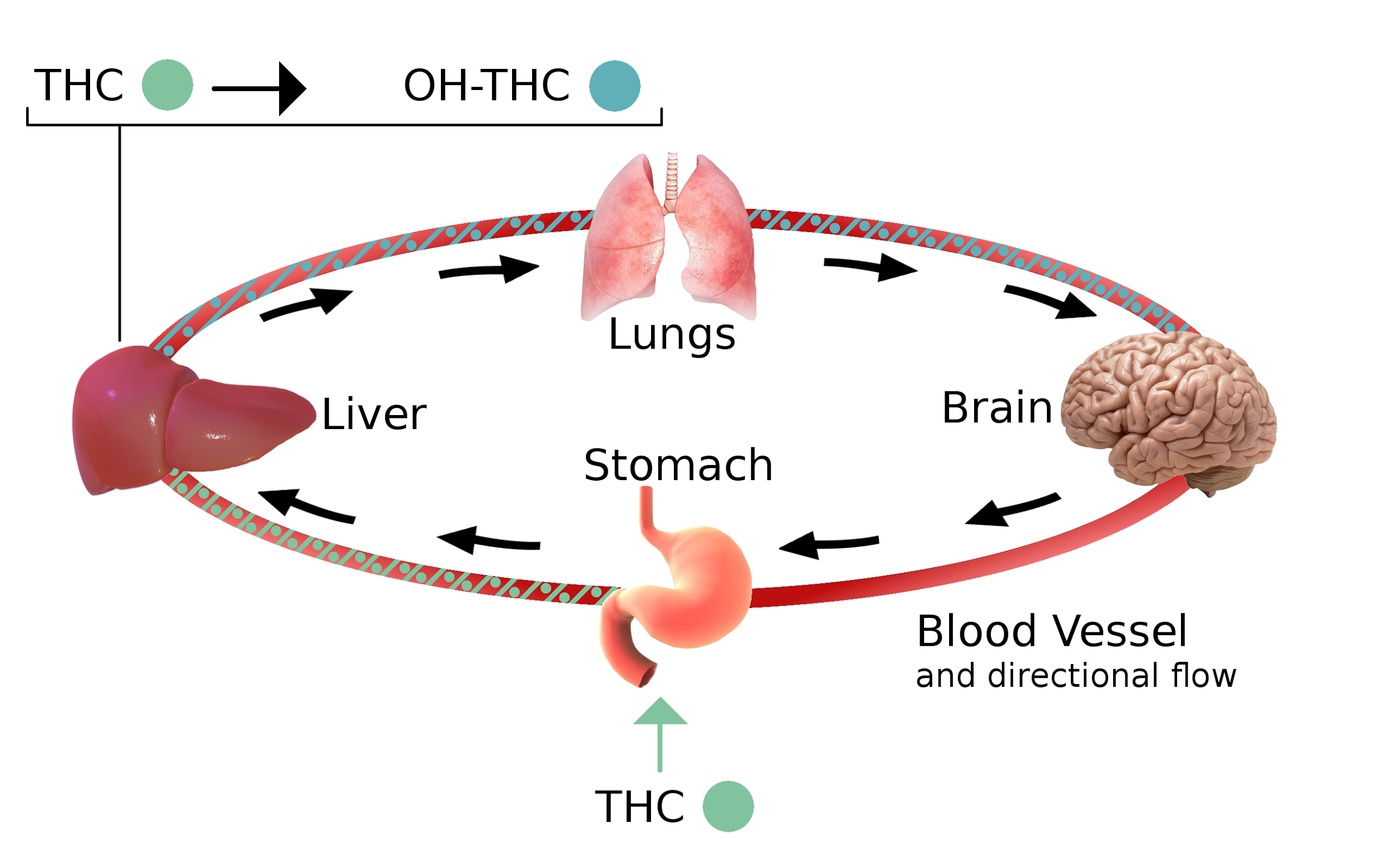 Absorption of cannabis via the digestive tract

However, blood from the intestines is not heading directly to the brain. Instead intestinal blood is pumped into the liver, otherwise known as the body’s natural detoxification center. The liver attempts to detoxify the blood’s contents before releasing it into circulation. As part of the detoxification process, the cannabinoids are metabolized into new compounds.

The liver transforms THC, or tetrahydrocannabinol, into 11-hydroxytetrahydrocannabinol, abbreviated as OH-THC, a psychoactive cannabinoid distinct from THC. The brand new OH-THC cannabinoids leave the liver, passing into general circulation, eventually reaching the brain. This long route of administration also explains why edibles often take over an hour before effects are visible.